The History of Assistance League® of Flintridge

The Bargain Box Thrift Shop was started in January 1957.  It originally operated from a converted garage at the La Cañada Youth House from 1956-1957 and eventually moved to Oakwood Avenue in 1968.  Revenue from the Bargain Box became the principal source of fundraising for Assistance League of Flintridge.  Donations received from the community and support from customers continue to make it possible for ALF to fund its philanthropic programs.

In March of 1967, Assisteens® auxiliary was formed, made up of teenage daughters and granddaughters of members.  Since that time, Assisteens has grown to now include both boys and girls in grades 7-12 and is open to the public.  Assisteens raise funds for their philanthropic programs by staffing the Bargain Box Thrift Shop.  Their philanthropic programs include assisting at the Pasadena Bad Weather Shelter; preparing goody bags for families temporarily housed at Union Station, a 50-bed facility in Pasadena; making blankets for infants in need; retirement home visits; tutoring elementary students and more.

September of 1976 saw the beginning of the Retired Service Volunteers (RSV).  Members of RSV meet Friday mornings in the ALF Chapter Meeting Room.  They volunteer their services to nonprofit agencies by assembling mailings and performing other tasks while enjoying their time together.  Lunch is served by ALF and CAP volunteers.  During the year, special parties, programs and outings are also held for RSV members.  Any resident of retirement age is welcome to join this working community group.

The passage of Proposition 13 in 1978 brought a crisis in the La Cañada Unified School District and its summer school program was in jeopardy.  Assistance League of Flintridge stepped in right away and began ALF Summer School in June of that year.  These fee-based enrichment classes for grades 1-8, administered by Assistance League of Flintridge, have been popular for 40 years.

In 1985, ALF began a fee-based Instrumental Music program.  It was offered during the school day in the La Cañada Unified School District (LCUSD) elementary schools for students in grades 4-6.  In 2004 the Instrumental Music program was changed and instruction is now offered before and after the school day.  Concerts are held in the winter and spring at Lanterman Auditorium.

An after-school Drama program started in 1986 as a fee-based workshop.  It currently includes ALFie Players for grades 3-6, and ALFie Company for grades 5-10 with engaging performances in the fall and winter at Lanterman Auditorium.  Over the years, ALF Drama has performed plays in the summer but in 2017, ALF Summer School expanded their offerings to include more stage options for drama students.

In response to the changing times, ALF invited members of the professional community to establish an auxiliary.  Cañada Auxiliary of Professionals (CAP) was launched with 37 charter members in the fall of 1990 and certified in the fall of 1991. CAP philanthropic programs include CAPPY Bears for children at Verdugo Hills Hospital; CAP Care PACs for victims of trauma in the Emergency Room and at Union Station; SPROUTS, an early childhood enrichment program; annual scholarships for students graduating from one of the La Cañada high schools going on to vocational training or to a community college; Retired Service Volunteers and Operation School Bell.

Mary Ellen Hillgren served as President of Assistance League of Flintridge in 1980-1981, and as President of National Assistance League in 1983-1985. To honor her service to the community, in 1995, the Mary Ellen Hillgren Memorial Scholarship was established. Graduating seniors who are residents of La Cañada Flintridge and who attend La Cañada High School are invited to apply for these scholarships.  MEH scholarships are merit-based, awarded for excellence in character, extra-curricular activities, academic achievement and community service.  Recipients are selected by an ALF committee.

ALF members have also participated in one-time philanthropic projects organized by the Community Needs Assessment and Outreach committee.  The first in 2012, was the collection of needed items for “Skidettes,” an ecumenical group that makes sack lunches for individuals in need in the downtown area of “skid row.”  ALF has also participated in “Make A Difference Day,” a program through National Assistance League that provides books to children.  ALF’s recipients have been the Los Angeles County library, La Cañada Flintridge (2012), the Special Day classroom at Paradise Canyon Elementary (2013), the Apperson Elementary School library in Sunland (2014), Sunland Elementary School also in Sunland (2015), and Plainview Charter Academy in Tujunga (2016).  In 2017, a one-time donation was made to several students who have aged out of the foster care program in the Los Angeles County.

Assistance League of Flintridge has received the Les Tupper Community Service Award in 1971, 1995, and 2017; the District Honorary Service Award from the La Cañada Council of PTA for its service to the community; and in 1990 became the first recipient of the T.H.A.N.K.S. Award which was presented by the Governing Board of the La Cañada Unified School District in recognition of service to youth through a successful summer school program.  The RSVs received a special Les Tupper Award in May of 1989.

Currently there are over 120 Chapters within the organization.  Together there are 23,000 Assistance League members, all dedicated to service in their communities.  Each Chapter is responsible for raising funds to support its philanthropic programs and to control, administer, and staff the programs. 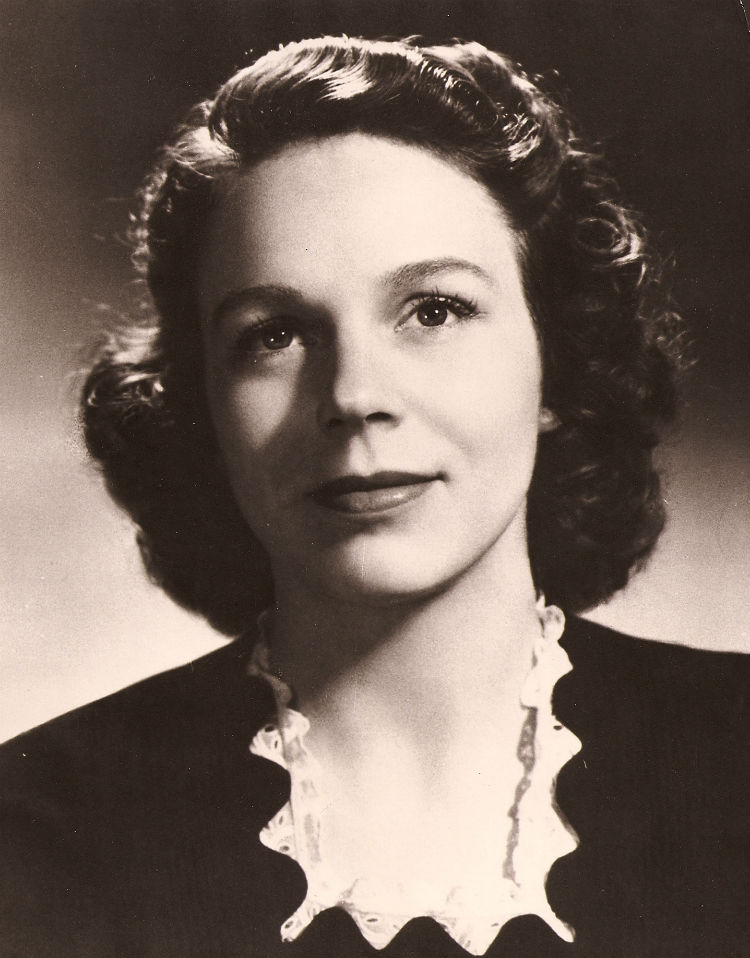 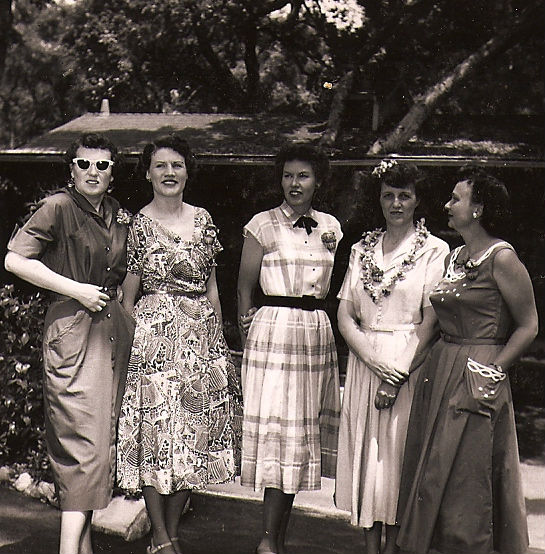 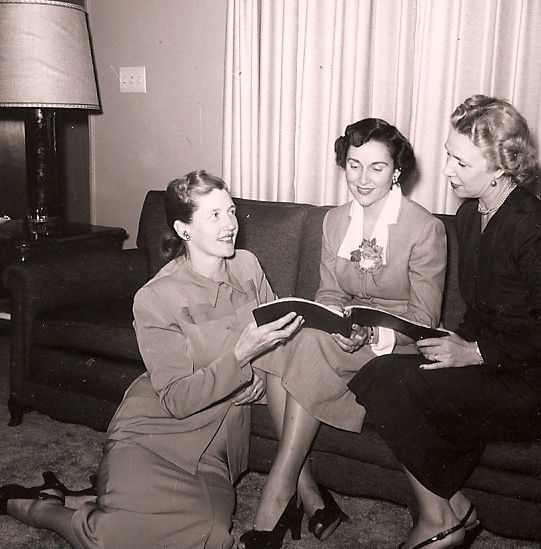 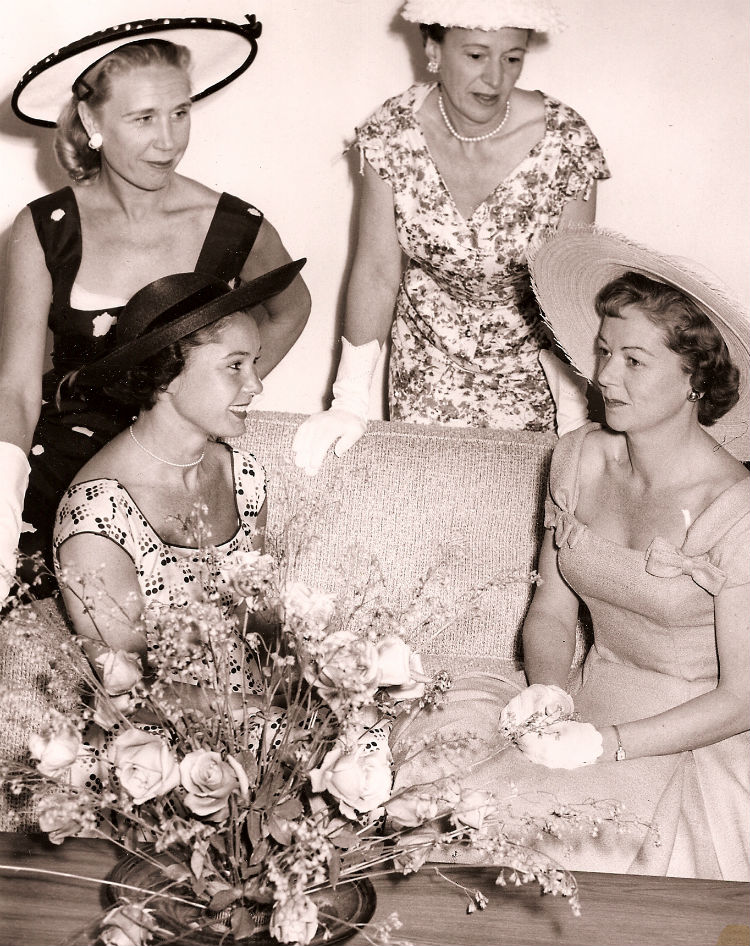 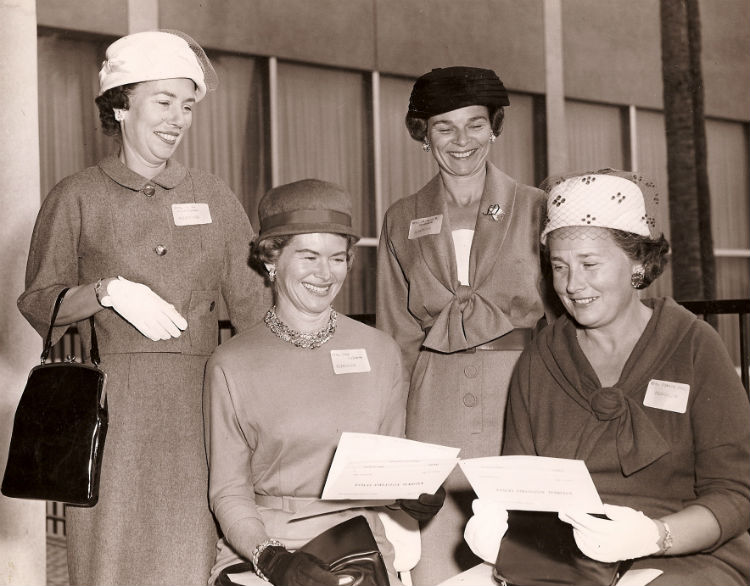 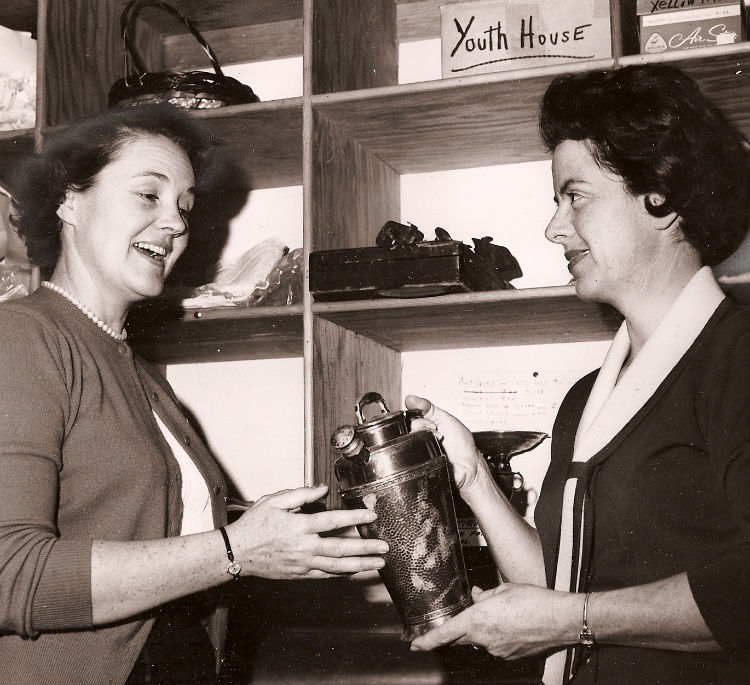 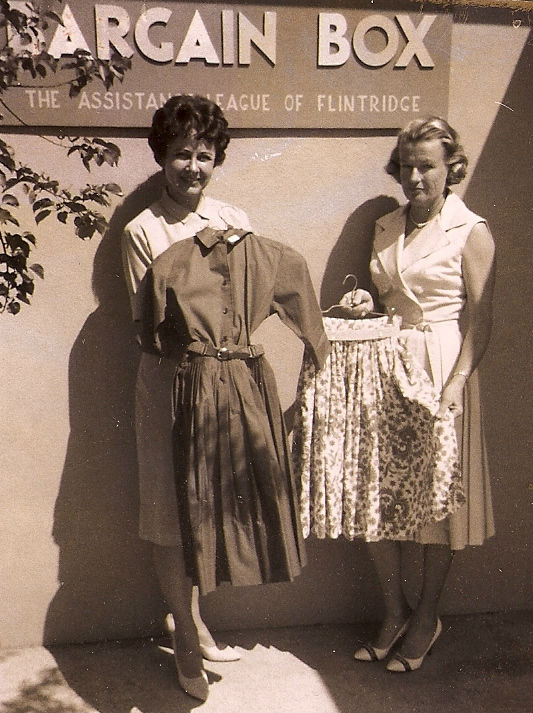 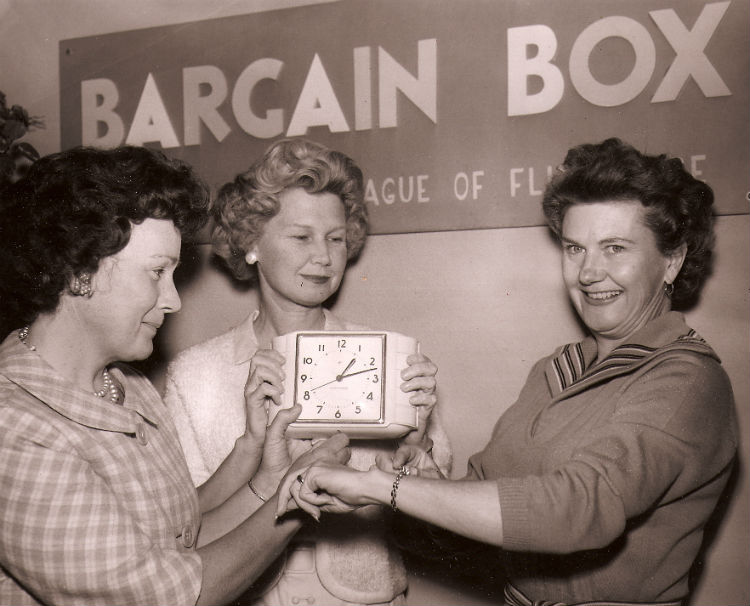 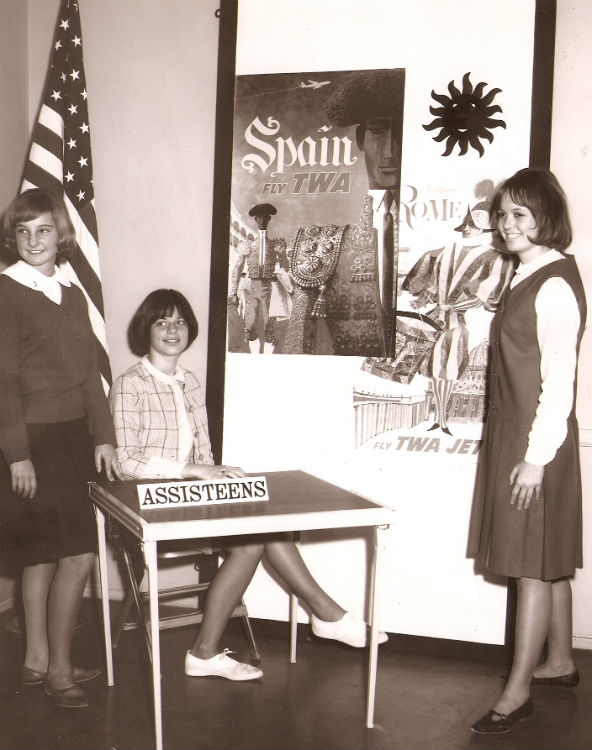 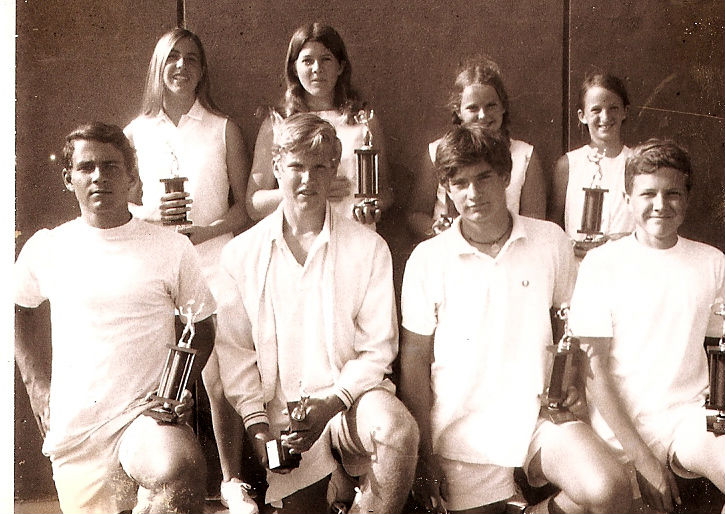 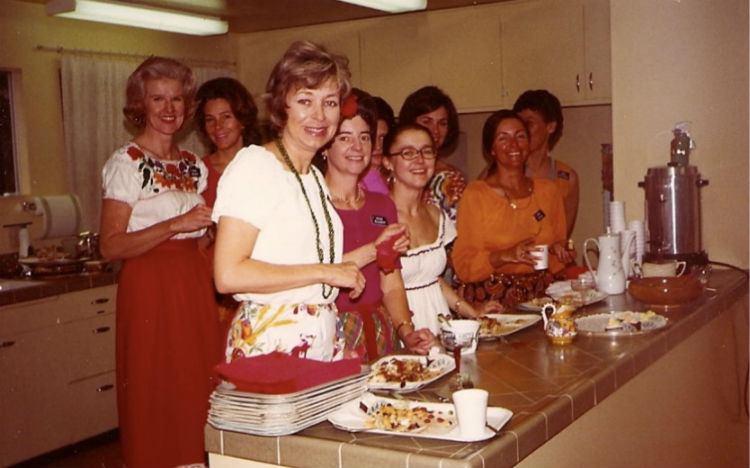 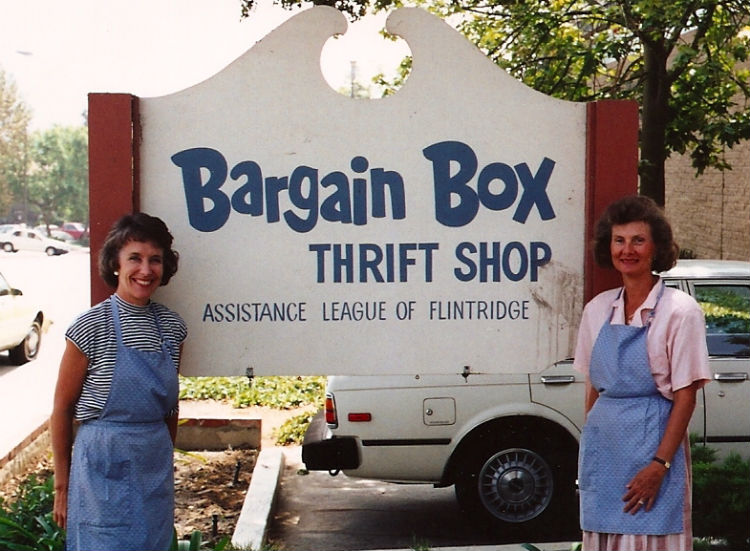 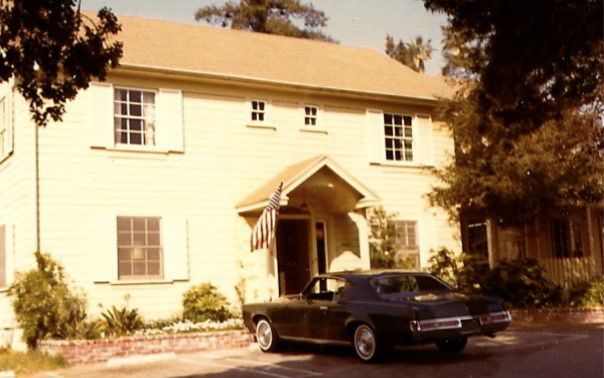 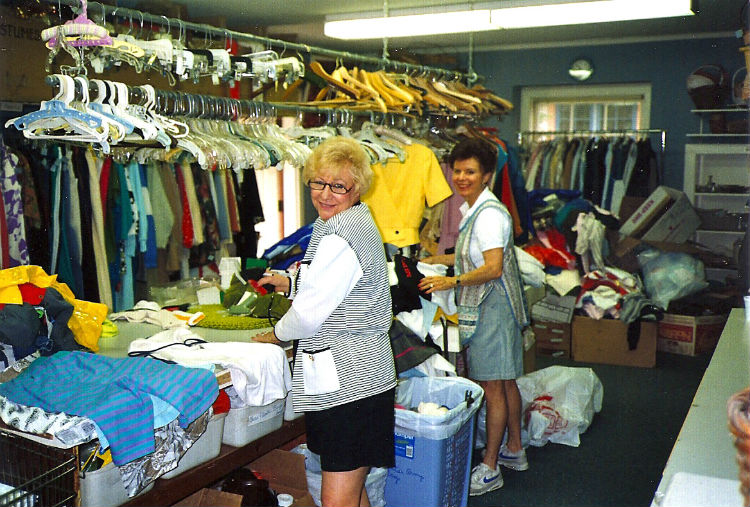 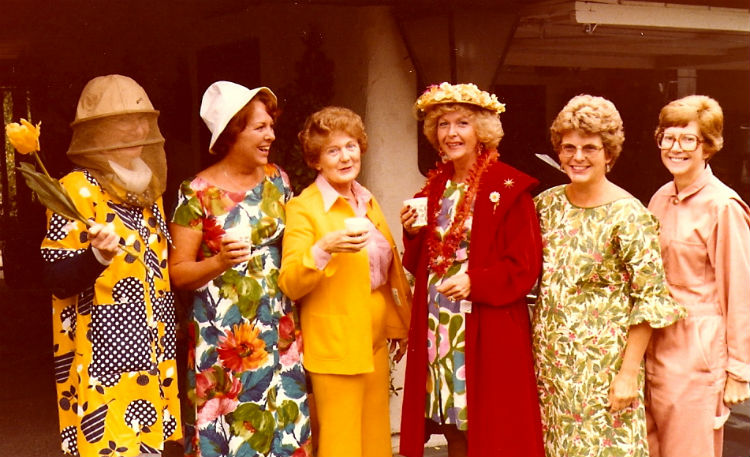 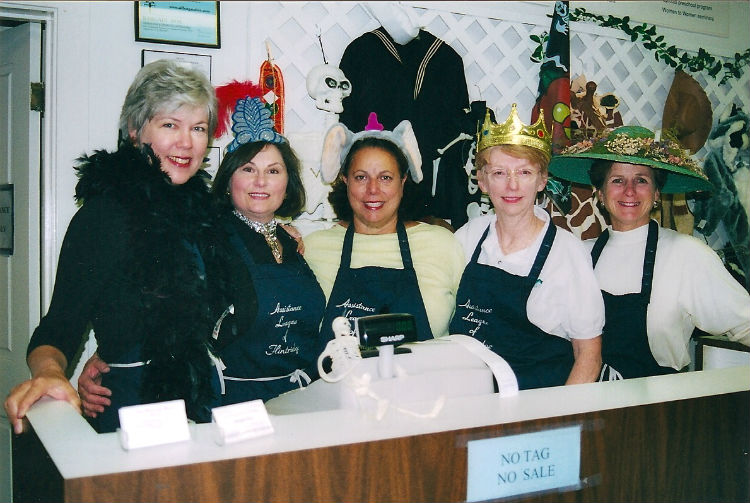 Thank you for your interest.

Be part of the story. 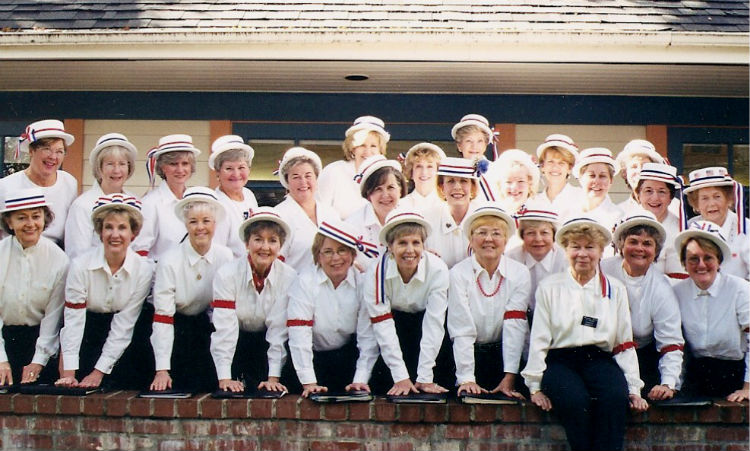 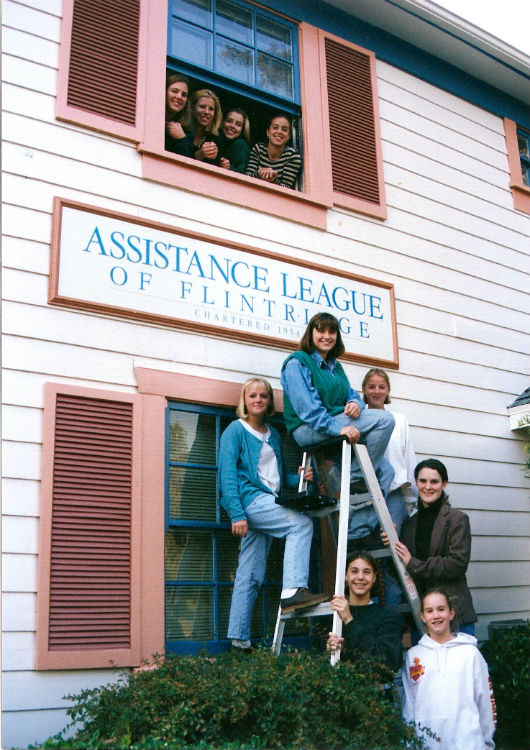