SCROLL DOWN FOR MORE BIOS

La Cañada native Michael Davis enjoys a diverse career both performing and teaching. As an orchestral musician Michael has performed with the Los Angeles Philharmonic, San Diego Symphony, Pasadena Symphony, Santa Barbara Symphony, Santa Barbara Opera, New West Symphony, Long Beach Symphony, WildUp, the Hyogo Performing Arts Center Orchestra, the Partch Ensemble and the Philip Glass Ensemble. Michael can be heard on recordings with the Hollywood Epic Brass, Roger Reynolds, Irvine Arditti, Devendra Banhart, Megapuss, Little Joy, and The Jim Reynolds Band. Michael was a featured soloist in Frances Stark’s 2017 staging of Mozart’s The Magic Flute.  As an educator Michael has taught for the Los Angeles Philharmonic’s YOMP program, the Young Musician’s Foundation, La Cañada Unified School District and Assistance League of Flintridge for the last 12 years. He has lectured internationally at the International Trumpet Guild Australia, multiple universities in South Korea and at the Oberlin Trumpet Institute.  Michael can also be found lecturing at California State University, Dominguez Hills. Michael earned the degree of Bachelor’s of Music from the Oberlin Conservatory of Music and a Master’s of Music from the USC Thornton School of Music. 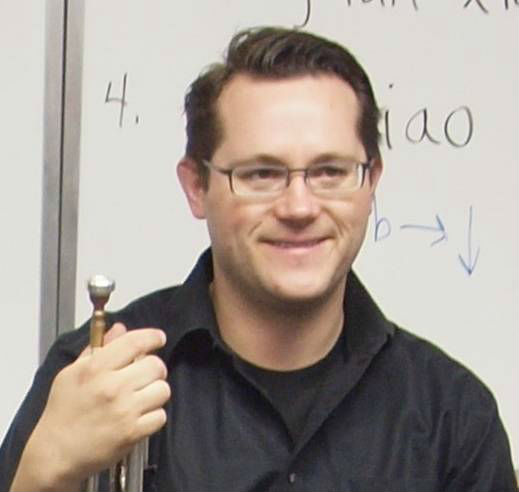 Ruth Kasckow has been teaching ALF woodwind students for 6 years.  Ruth received her BA in Music from Goucher College and MFA in Flute Performance from California Institute of the Arts.  A flutist, Ruth is a frequent performer in orchestras, chamber music ensembles, and solo recitals throughout Southern California. She performs chamber music and solo recitals frequently at the Noon Series at Pasadena Presbyterian Church and Glendale Noon Series, and has played in Burbank Symphony, Santa Monica Symphony, Opera a la Carte, Orquesta mexicana de la juvetud in Mexico City. Ruth was on the Pasadena Conservatory of Music faculty for many years, and now maintains her own private teaching studio in La Cañada and is on the faculty of La Cañada School of Music. She received the 2019 “Finest Music Teacher Award” by the readers of Crescenta Valley Weekly. One of Ruth’s passions is helping other musicians improve their playing and avoid injury with healthy movement. As a licensed Andover Educator she teaches the innovative educational technique called Body Mapping for Musicians. Ruth has published The Flute Duet Practice Books and Chinese Folk Song Suite for Flute Quartet, and has recorded two solo CDs with pianist Christopher Brennan: French Impressions for Flute and German Expressions for Flute. flutemuse.com 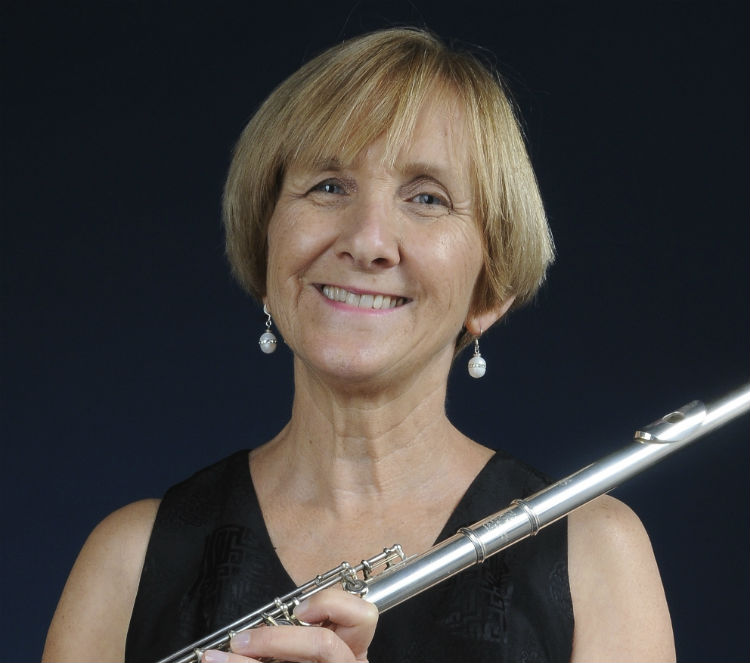 Sahak Karapetyan graduated with a Masters in Music Performance from Komitas State Conservatory. He has served as Concertmaster of several symphonic and chamber orchestras. Sahak is a founder and Music Director of the St. Gregory chamber orchestra as well as the Bravo String Quartet. He is a member of the Santa Barbara, Redlands, and San Bernardino symphony orchestras, and has taught violin, viola, cello and piano privately for over thirty years. Among his students are distinguished musicians who have won grand prizes in music competitions and many who have subsequently devoted their lives to professional playing.  Sahak joins ALF for his fifth year as a strings instructor. 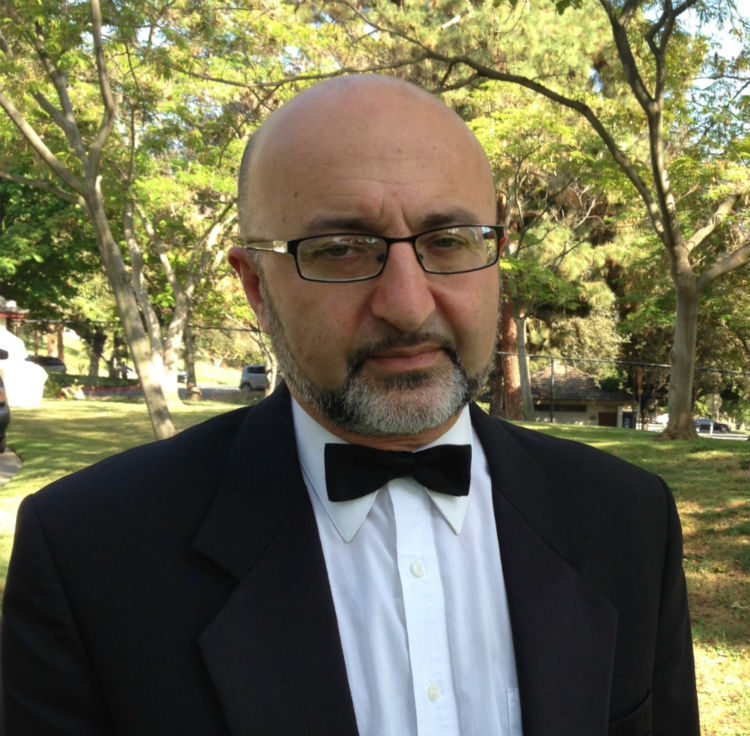 Ripsi Yepremyan earned her Master’s degree in music performance and has been teaching violin and piano privately for numerous years. She is also a performing violinist with local professional orchestras. Ripsi’s devotion to her work is genuine and her approach to musical study promotes confidence and enthusiasm. Students are empowered to deal with the challenges of mastering an instrument and inspired to persevere through the difficult stages of practice that ultimately bring success. Ripsi is beginning her fifth year as a strings instructor for ALF. 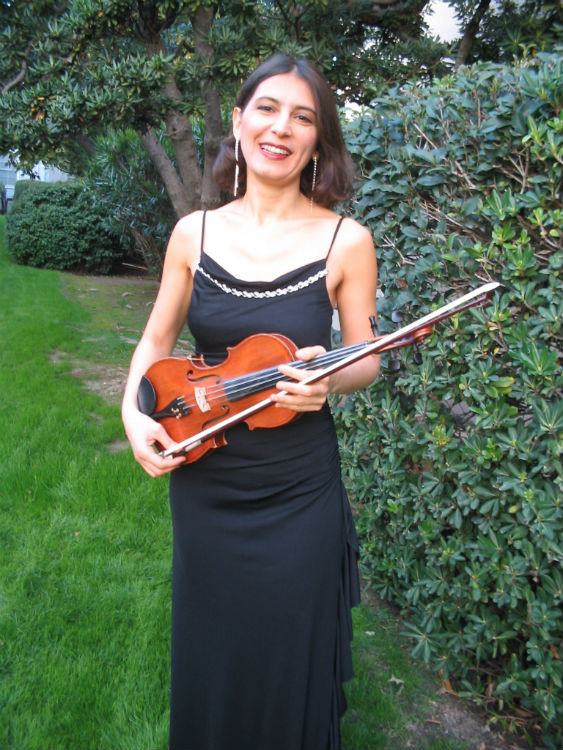 After graduating from La Cañada High School in 2012, Sean Moriarty became a part of the percussion staff with the LCHS Band for the 2012-2013 school year. Later he attended Glendale Community College with a major in Music. Currently, he plays drums for the local band Ryder Buck & The Breakers, and formerly with the Hollywood based Hard Rock/Pop trio Varna which has received acclaim from the LA Music Awards and the North American Independent Rock Music Awards. He also teaches privately, does recording sessions, and works as the Strategic Entertainment Manager for MAC Creative Management. Sean joins the ALF Instrumental Music program for his fifth year as a percussion instructor. 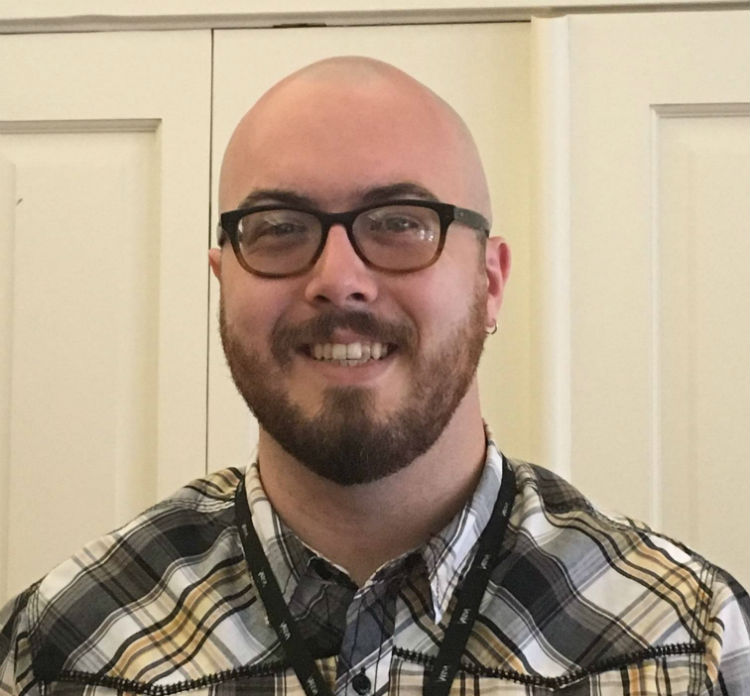 A graduate of La Cañada High School, Colin Ring has continued his studies at PCC and USC. His professional percussion training includes programs at the Jamie Font School of Music, Colburn School of Music, and the Berklee School of Music in Boston. Colin is a drummer for various hard-rock and metal bands. He organized and produced a benefit concert, “Rock for Peru,” which raised money for a medical mission to Peru. He has been giving private drum lessons for the last 12 years. Colin first worked with ALF in 2008-2009 as an assistant in the Brass and Percussion class. This is Colin’s fifth year as a percussion instructor. 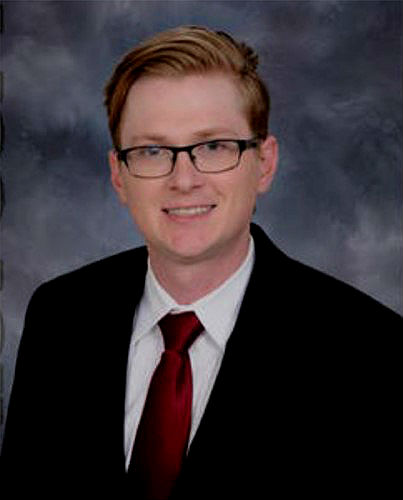 With over 1,500 credits in Film, Television and recording, USC graduate Phillip Yao has worked with many of the world’s top composers and musicians including John Williams, James Horner and Jerry Goldsmith. Mr. Yao can also be heard on recordings showcasing a variety of artists from all genres, Hilary Hahn, Barbra Streisand, Aerosmith, Josh Groban and Ray Charles, to name a few.  In addition, he has years of orchestral, opera, ballet and Broadway show experience having played with the Pasadena Symphony, Pacific Symphony, Los Angeles Chamber Orchestra, Los Angeles Opera, Phantom of the Opera and Wicked.  Phillip returns for a third year with ALF Instrumental Music as a brass instructor.
yaop_music@alflintridge.org * 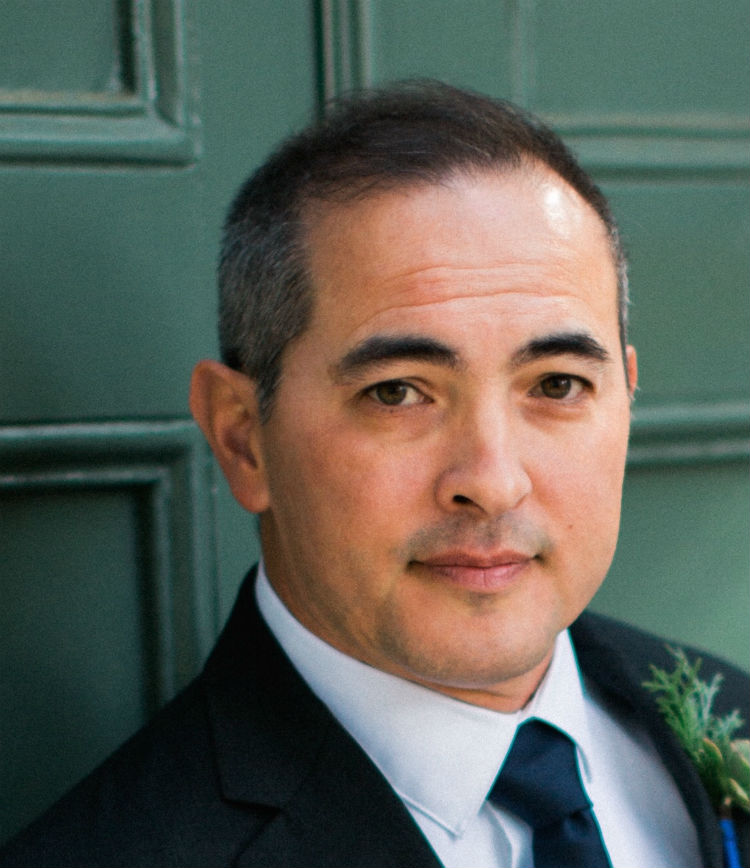 Shahid Yasser Osuna is an LA-based flutist, arranger, and teacher. He received a certificate in Music Performance at the Coil School of Music in Riverside, CA in 2017, where he was the two-time winner of the President’s Honor Recital and played principal in the Symphony Orchestra and Wind Ensemble from 2015-2017. In 2019, Shahid graduated from California State University, Northridge with a degree in Wind Performance. During his time at CSUN, he won the 2019 Upper Division Concerto Competition.  Shahid has toured across the world and has played flute with several ensembles including Bellflower Symphony Orchestra, Song of Angels Flute Orchestra, Whittier Regional Symphony, and LA Symphonic Winds. In addition, he often gigs on his doubles, oboe, saxophone, and clarinet.  Currently, Shahid teaches with New West Symphony Education through the Laby Harmony Project as the Flute Teaching Artist, and coaches with CSUN Youth Symphony Orchestra. In 2021, Shahid will complete his Master of Fine Arts degree in Instrumental Arts at the California Institute of the Arts.  Shahid joins ALF for a second year as a woodwind instructor.
osunas_music@alflintrdge.org * 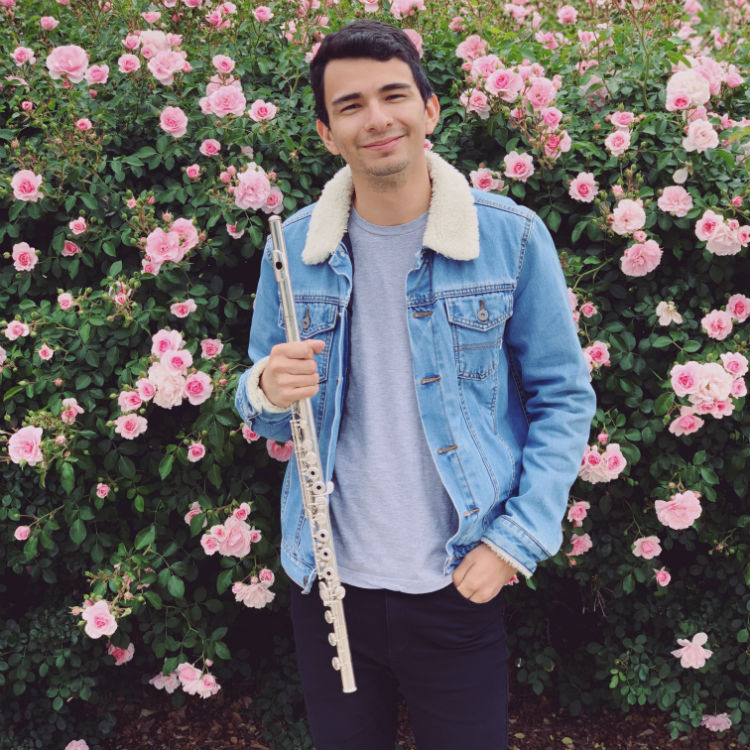 Clarinetist Andrew Leonard performs with orchestras throughout the southwest and records for film, TV, and video games. As a teaching artist, he has worked with the LA Phil, Music Center, Education Through Music, and Harmony Project. Andrew’s joy in the classroom comes from artistic activation—engaging with students’ personal creative identities and desires for self-expression. He encourages young people to create more meaningful relationships with families, friends, and their communities through the study and performance of music. leonarda_music@alflintridge.org *
* Put ALF in the subject line 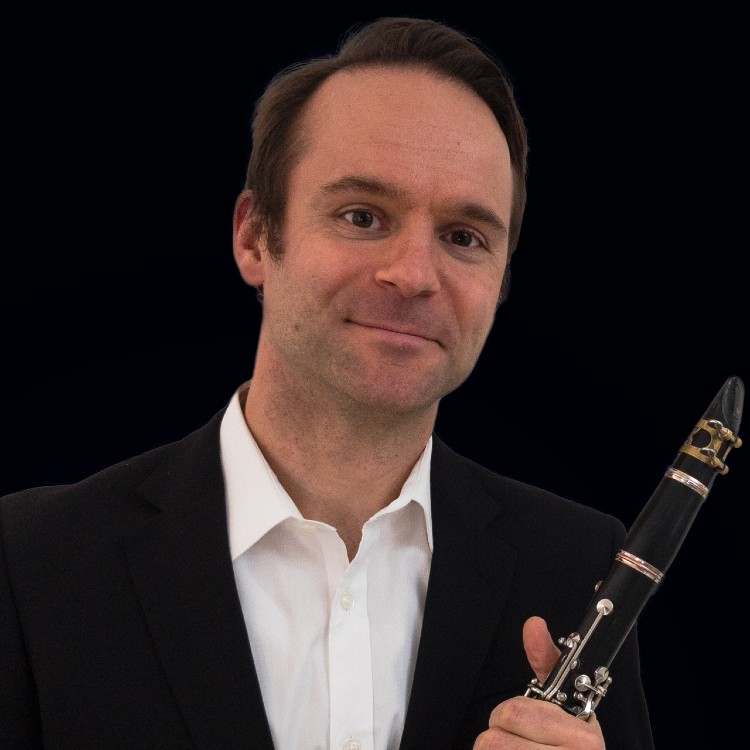